Apple’s Macs are robust devices that allow users to perform even the most complicated and power-demanding computational tasks easily. Whether a user wishes to watch a film or edit a full-fledged 8K video, Mac facilitates users to do both without breaking a sweat. As per Insider, there are numerous reasons why Macs are preferred over Windows by tons of users across the globe. 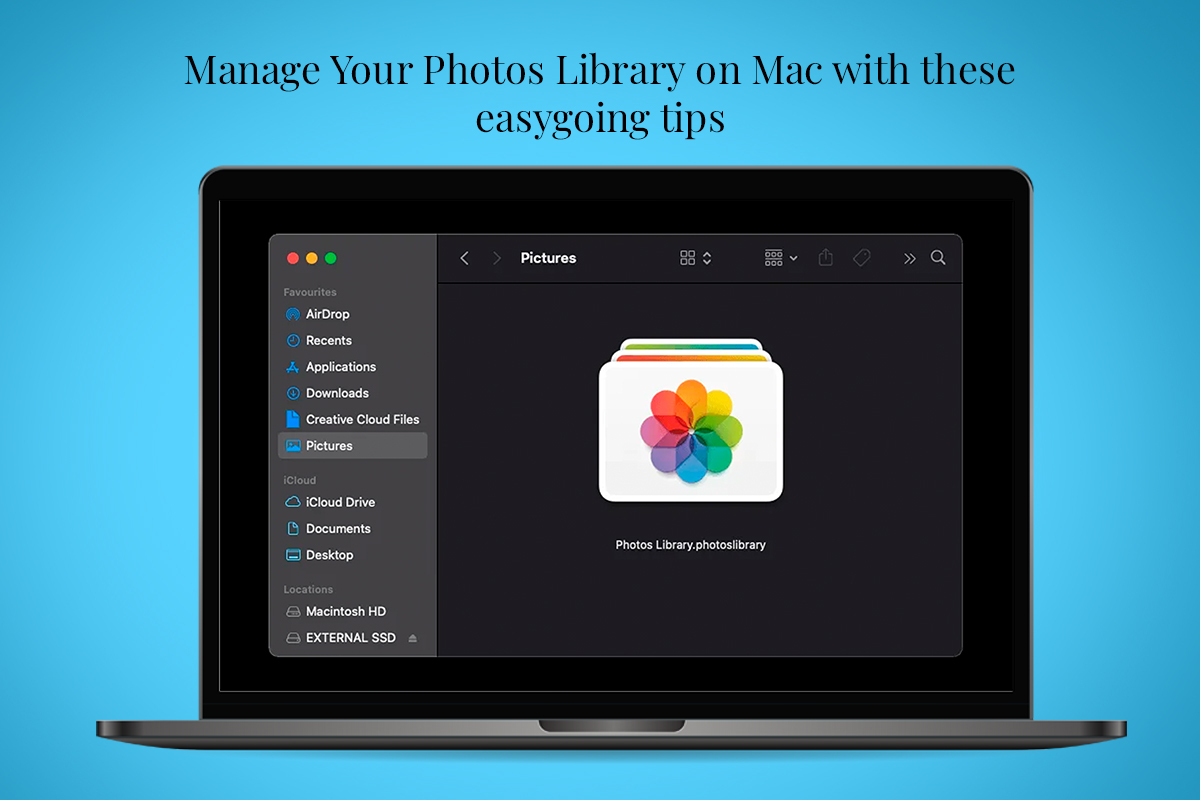 For example, macOS, the operating system that powers Macs, features tons of top-notch native utilities, each of which helps users have an excellent user experience. For instance, if you wish to remove metadata from photo, you can conveniently do it using the native Preview utility of macOS. However, if you do not wish to use the native tool, you can opt to use a third-party tool like MetaImage.

Another great native macOS utility is the Photos app. As its name suggests, the app allows users to manage all the pictures on their devices. Moreover, it also offers numerous advanced features and options using which individuals can manage and organize their Mac’s pictures more effectively. Even though the application is simple and easy to use, some users may not be able to utilize the app to the best of its capabilities due to a lack of knowledge. Therefore, this article will cover some effective tips following which macOS users can manage their Mac’s Photo Library in a better manner. Let us dive right into it:

If you have tons of pictures on your Mac that need to be managed and organized properly, it would be best to narrow down the process by isolating pictures of specific friends, family members, or colleagues. The Photos application of macOS offers numerous smart features, out of which the option for tagging people is a significant one. The native utility automatically scans and detects the faces visible on the pictures. Then, it gathers all of them in the app’s dedicated “People” section present in the sidebar. When you double-click on a face, the app displays all the pictures in which they appear. Thus, by utilizing the feature, you can match the names to faces using the “Name” option that pops up when you hover your Mac’s cursor over a face. Once you have tagged individuals to their pictures, you can easily search for their photos whenever needed using their names.

Creating an album is one of the most effective ways of organizing or categorizing files of the same category, including pictures. If you have thousands of photos on your Mac and wish to sort or organize them based on parameters such as the event, time, etc., you can easily do it by setting up albums in the Photos app. To create a new album, click the “Albums” option followed by “New Album.”

Besides this, you can also opt to create folders. Although they seem similar, folders and albums have one major difference. Albums facilitate users to organize pictures and videos, whereas a folder allows users to manage albums. Hence, if you wish to organize your Mac’s photo albums, it would be best to create a folder and sort the albums as per your preferences.

Managing tons of pictures can get out of hand sometimes. Moreover, you may end up accidentally deleting some good ones while trying to organize. There are, of course, ways following which you can recover them in most cases. However, you may not be able to retrieve some of them that get permanently deleted. Thus, it is important to back up all the photos in your Mac’s Photo Library to ensure they remain safe and secure. When it comes to backing up data, the majority of macOS users prefer using Apple’s native iCloud platform. To ensure that all your Mac’s photos get backed up automatically to your iCloud account, all you need to do is navigate to the iCloud settings present in the System Preferences section and enable the Photos option. Doing so will back up all your existing pictures to your iCloud account.

There are numerous instances when a Mac’s Photos app keeps crashing or abruptly shutting down while the user is using them. Thankfully, there is a simple way following which you can resolve the issue. You can initiate the process by holding the “Command” and “Option” keys while opening the app. A dialog box prompting you to repair the app will pop up. Click on the “Repair” button present in the dialog box to start the process. Once the process is complete, you will be able to use the Photos app seamlessly again. It is a great feature that comes in handy when there are minor issues with the Photos app.

If you have many photos on your Mac and wish to organize them, refer to the easygoing tips mentioned above to get the job done seamlessly.

Himanshu Saxena is a tech writer who's been writing for publications like The Next Web, App Annie, and more for the past seven years. When he's not writing about apps or software, he likes to explore new places and cultures around the world.